Can DevOps, open source and cloud modernize IT for government bodies? 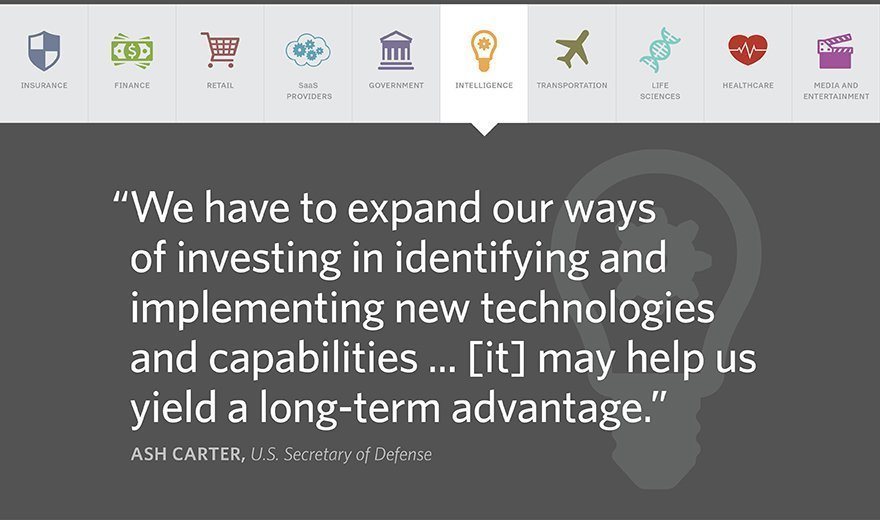 The intelligence community is one area of IT for government use where agencies can be on the bleeding edge of technology. For example, both the National Security Agency and the Central Intelligence Agency have made the transition to a walled-off Amazon Web Services cloud region known as C2S as part of a strategy to modernize their computing capabilities.

But more broadly, there's a desire among IT in government agencies to catch up and close the gap with the private sector in technology. Even the Pentagon has looked to harness the velocity of technology development in Silicon Valley as an advantage for the United States' national security.

In 2015, the National Geospatial-Intelligence Agency (NGA) launched a project to bring Chef automation into highly secure, isolated networks in collaboration with the MITRE Corporation, a not-for-profit organization based in Massachusetts that operates research and development centers sponsored by the federal government.

"We want to transition an existing effort called the integrated analytic environment to a cloud infrastructure," said MITRE senior systems engineer Michael Kristan, speaking in a public presentation at DevOpsDays Boston in August 2016. "It's a small project at the NGA, and we want to use it as a trailblazer to determine the effort [required] to move an architecture from a traditional on-premises environment to a cloud model."

Along the way, MITRE and its NGA counterparts at GEOINT Pathfinder project faced unique challenges porting code changes between the public-cloud-based unclassified network and the highly secure, isolated networks within the agency. When code changes were made in the disconnected network, it created a tangled web of code versions that sometimes had to be manually straightened out, Kristan said.

"I've had to manually map and resolve merge conflicts, sometimes for code that I didn't fully understand, and then I have the problem of different version numbers of my applications," Kristan said.

The effort so far has resulted in standardized, reusable Chef cookbooks and recipes addressing patching and hardening operating systems, as well as common software components such as Apache, MySQL, and Postgres. Some of the technical challenges the team faced included automating open network to closed network source code pushes, and that work is still ongoing.

"There's so much to do and we're a very small team," Kristan said.

As in several other vertical markets, talent with DevOps capabilities is still relatively scarce and comes at a premium to IT for government.

"We're trying to work on building a larger technical base of people that get really excited at some of the challenges we have here," Kristan said.

Editor's note: Ash Carter, U.S. Secretary of Defense, delivered the above quote in a speech at Stanford University, on April 23, 2015, titled " Rewiring the Pentagon: Charting a New Path on Innovation and Cybersecurity."