Docker revived container technology in 2014 and dominated the container market this past year. Containers' portability and scalability resonated with cloud users and developers, and as adoption grows, Docker continues to expand its features for enterprise users.

While competitors scramble to offer similar services, Docker has already become a household name. Still, some businesses wonder whether they should adopt containers at all and how to integrate them into their cloud environments.

To help answer those questions and more, here's a look back at SearchCloudComputing's top Docker container technology tips of 2015.

5. Is container technology right for my organization?

Container technology, like Docker and CoreOS, isn't right for every enterprise. Containers, an alternative to server virtualization, work best in environments that share key components and require scale. If an organization, for instance, needs to deploy hundreds of copies of the same workload and OS, containers are a more efficient choice than hypervisor-based VMs, according to this tip from Stephen Bigelow.

Some benefits of using containers are that they reduce redundant resources, lower OS licensing costs and boost performance. Containers are lightweight compared to VMs, and they can move apps between clouds without a major hassle. But if your data center requires workload versatility and independence, hypervisor-based VMs are the better choice.

4. Blaze a trail to Docker containers in five basic steps

Companies move apps to Docker containers for increased portability and scalability. And when preparing applications for Docker, there are five key steps to follow, according to this tip from David Linthicum. These steps include making your apps more distributed by breaking out database and middleware services and using a Docker Registry base image as your apps' foundation.

Organizations should also plan for application security and perform tests on their containers, as well as the container cluster as a whole. The last step is to deploy containers into production -- but remember to monitor all containerized apps to extend their shelf life.

3. Building a DevOps environment with microservices and containers

But don't jump in head first; start with forming a DevOps management strategy. Adopting container lifecycle management can help you monitor and manage the complexities of your containers.

Docker users aren't free from security concerns. In fact, there are a number of security considerations IT pros face when deploying Docker container technology, according to this tip from David Linthicum. For example, containers are very flexible, making it easy for organizations to execute multiple container instances. This, however, means different containers can be at different security patch levels.

IT pros should use technology such as Docker Content Trust (DCT) to make sure their containers haven't been compromised. DCT uses keys to add an extra layer of security to Docker images, and to show if someone else has altered the image.

In addition, security benchmarks for Docker offer 84 best practices for deploying Docker containers. Most container security issues stem from bad design, and reading these best practices can help you determine where you are most vulnerable.

Docker may be the new kid on the block, but PaaS has been in the neighborhood for years. Both offer similar services, but Docker is only an alternative to PaaS, not a replacement, according to this tip from Dan Sullivan. For example, some PaaS features can't be easily reproduced in Docker, such as offering a persistent data store.

In reality, Docker container technology is more of a threat to IaaS virtual machines than it is to PaaS. Container services from IaaS providers allow organizations to deploy Docker images in the cloud without having to worry about machine instance provisioning. And for companies that don't need the full resources of a virtual machine, this can be an attractive option.

Learn everything you need to know about Docker

Will Docker's Linux dependency hurt its adoption in cloud?

Docker might not be right for all your apps

Do containers hurt or help efforts around continuous integration?

Dig Deeper on IT Ops Implications of Continuous Delivery 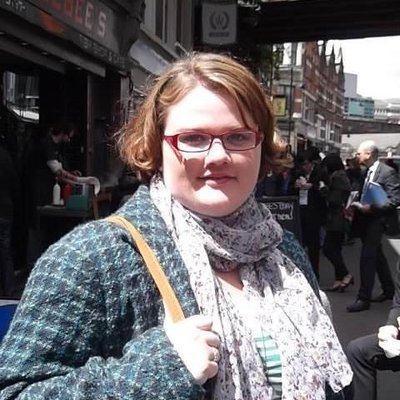 Kathleen Casey - 16 Dec 2015 3:48 AM
What advice would you give developers to get the most out of Docker container technology?
[-]

mcorum - 16 Dec 2015 9:22 AM
I see the first tip pointing out that Docker is an alternative to PaaS, not a replacement, as more of a clarification than a tip. It was interesting to see that container management (especially keeping a handle on container expansion) wasn’t included in the top 5.