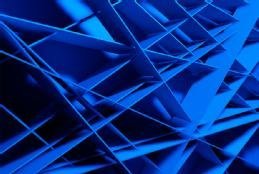 What's to be gained by adopting infrastructure as code?

Provisioning services is at the heart of what the IT operations team does. Because that mission is often more onerous than it needs to be, configuration as code is viewed as one approach that can make a big difference.

Through infrastructure as code (IAC), an ops team can deploy services in a methodical and efficient manner. The use of automation removes many of the manual tasks involved in deploying infrastructure, be it in a cloud environment or in an on-premises data center.

While IAC won't be the right fit for all applications, particularly legacy ones, it is seen as a crucial step in the move toward DevOps. And, for obvious reasons, the idea that laborious manual processes can be automated and simplified is an appealing one.

Infrastructure configurations are considered code in this approach, and, when you are able to provision services using code, you smooth out processes that are sometimes complicated and often time-consuming. Plus, configuration as code means you don't need to start from scratch for different hosting platforms. Once the logic and scripts are worked out, provisioning becomes a clean, repeatable and essentially automated task.

In this handbook's first article, IT ops expert Adam Bertram walks through specific steps that teams can use to implement IAC, providing examples of how scripts and configuration management tools might be used to deploy any kind of web server to any kind of environment.

With configuration as code, an organization can eliminate hassles, as long as what's scripted is of sufficient quality and descriptive enough to deploy IT infrastructure that meets the needs of the people and applications that rely on it.

E-Handbook: Configuration as code specifies and simplifies IT deployment

What's to be gained by adopting infrastructure as code?

Infrastructure as code means not having to worry about those tedious and complicated duties typically involved in provisioning IT services.

How infrastructure as code benefits and eases provisioning

Being able to provision services with code means a simplification to sometimes complicated processes. Plus, you won't need to worry about the platform that service will run on.

Become an infrastructure developer to get code to production faster

Wondering where to take your IT career in a future that is increasingly software-defined? Learn the role of an infrastructure developer from one expert with experience in the field.

Infrastructure as code benefits range from audits to ops

When an auditor asks to see how the entire application stack is configured, you'll recognize the benefits of an infrastructure-as-code implementation.